What is the difference between European and Asian handicaps in sports betting in India? 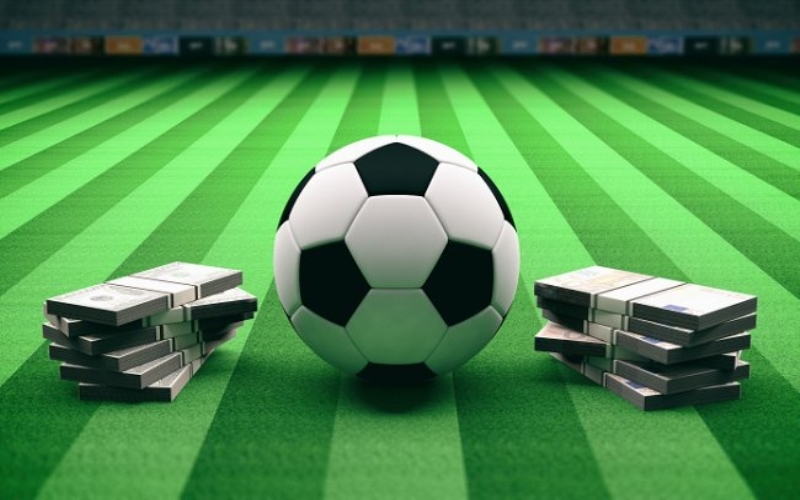 Among the basic bets in the bookmakers’ offices, a market such as “handicap” (or “handicap”) is in quite high demand. A betting handicap is a bet in which the bettor is asked to predict the outcome of a sporting event, adjusted for a certain numerical value of game points.

What is a handicap in Indian bookmakers clubs?

A handicap in Indian bookmakers club can be both a minus and a plus. If there is a “minus” sign in the bet, it means that the suggested value should be subtracted from the final result of the specified participant of the event, and the bet will play if the outcome is still correctly predicted.

The opposite happens in the case of the presence of a “plus”, although often the sign for a positive handicap is not put at all, and the bet is written as follows: F2(1,5). Such a record means that the bettor is offered to bet on the victory of participant number 2 with the addition of 1.5 to his total. Read more about this topic on our website mega-news.in.

Suppose, for example, in a match between the conditional “Goa” and “Mumbai City”. The player made a bet at the office of F2(1,5), and the match ended with a score of 2-1 in favor of “Goa”. In this case, the bet will still be calculated as winning, because taking into account the handicap the final score turned out 2:2.5, that is, “Mumbai City” has scored more game points and won in the context of the selected market. It turns out that the handicap of this type will be winning if the difference in points between the opponents will not exceed a whole number of handicap values.

With a minus handicap, the situation is the opposite. If it is necessary for the bet to be played on such a bet, it is necessary that the difference between the results of the opponents was greater than an integer value.

Let us give another example. For the match between Real and Osasuna, the bettor selected a bet of F1(-1,5). The match ended with a score of 3-1 in favor of the Madrid team, and the player got his winnings. That’s because even if we deduct 1.5 goals from Real’s final score, the Galacticos still win 1.5-1. It turns out that if Osasuna had scored one goal more, the bet would have been a losing one (1.5-2).

As you understand, even here there are some risks to losing money due to some randomness that can’t be predicted in advance. However, bookmakers give their clients the chance to insure themselves in the case of handicaps. In the schedule of events, there are often integer values, which can guarantee you a return of your bet if the difference between the results of the participants turns out to be equal to the handicap value.

For example, if you make a bet on a tennis match between Novak Djokovic and, say, Diego Schwartzman F2(+5) on games, and the fight ends with a score of 6:4, 6:3 in favor of the Serb, it turns out that adding 5 points to the Argentine will result in a draw (12:12). For sports analysts it’s called “hitting the line”, but from the bookmaker’s point of view it’s a return of bet, because Shwartzman didn’t win as a result, but he didn’t lose either, so it would be unlawful to take the money back as well.

Separately, let us mention such a bet as “zero handicaps”. It may be equated with P1 or P2, but the odds for this market will be lower than for a clean outcome because there is an element of “the right to make a mistake”. In a way, F1(0) or F2(0) is something between the P1 and 1X markets in the first case and P2 and X2, respectively, in the second. At least if you compare the quotes for each of the presented variants.

As you can see from the examples, in most cases, bettors can meet the values of this bet in increments of 0.5. Such a handicap is called “European”. But there is also the so-called “Asian” handicap. It differs slightly in the form of recording but has a significant difference from the European counterpart in terms of calculation of bets. The main feature of this type of handicap is a “quadruple” record, such as F1(-0,75) or F2(+2,25). What does it give the bettor?

Simply put, a handicap has attributed a value that is 0.25 away from the original in both directions. The bet amount, by the way, is also divided in half, and the initial 1000 rubles are equally distributed between the resulting handicap variants, and the original odds are retained for each of them.

Another example of handicap analysis on the bookmakers’ website in India

Another main type of betting at bookmakers is “total”. The name of this market comes from the English word “total”, which can be translated as “total, total”. The essence of the game is to try to predict what result will show the two participants in a sporting event together.

Total, in contrast to the handicap, does not take negative and positive values, but has a lower and upper limit, taking the options “total more” and “total less. Sports analysts often refer to them as “up” and “down” in their predictions, advising bettors to “take the bottom 2.5 for 1.66.

The calculation of the bet is quite simple. If the total performance exceeded the threshold stated in the betting “total more” or did not overcome the value when betting on “total less”, the player is intended to win. There are situations when a bet is made on the whole total, and then in case of an exact match of the total number of points of the participants at the end of the event and the forecast, the bettor gets a refund.

But all this works just in case you play on the European version of the total. Yes, totals, like handicaps, come in European and Asian types. In the first, recall, to record the market uses half or whole values – TB(2.5) or TM(1), in the second – quarters. So, the Asian totals are divided and calculated the same way as the similar kind of handicap. The bet amount is divided in half, and “total over 1.75” turns into “total over 1.5” and “total over 2” simultaneously. And again, let us apply the principle of clarity.

The rest of the lineup would look as follows:

Separately add that you can bet in bookmakers’ offices as the total relating to the event as a whole, and on the total of each of the participants individually. Betting “individual total” refers to additional bets and is located below in the listings of a particular event.

Usually, it is written in the office with such wording and the reference to the participant of the match to which the market belongs, but you can also see the format of the record ITB1(1,5), ITM2(2,25), or ITB2(1), where the number before the brackets indicates the serial number of the event participant. To calculate the bet on individual totals the same principles apply as described above.

And here the choice is yours: take a risk in the hope of a bigger profit, or get less, but be more relaxed about the result. In any case, good luck.