What is Digital Art, and What Types are There? 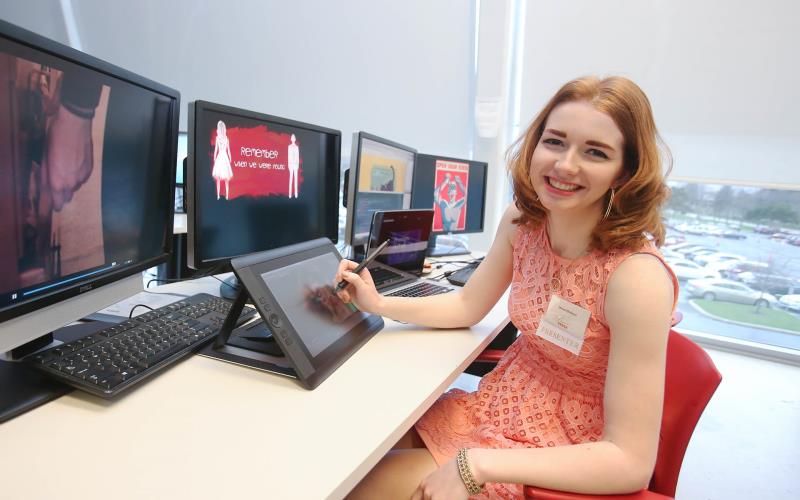 To begin our example, let’s decide what is most important and describe what digital art is. A creative or presentational artistic work or activity that incorporates digital technology is known as “digital art.” Therefore, the only way digital art is different from conventional art is in the instruments used to create or disseminate the creative material. In general, art is characterized more by the passion, vision, and message the artist can express than by the techniques used to create a work. A painting canvas, for instance, is a medium that artists may use to produce art and convey thoughts and ideas. Similarly, a computer is only a tool that an artist might use to convey their sense of line, shape, color, composition, and rhythm.

The idea of technology intervenes in the practice to enrich the media and embellish, describe, and determine the message. The creator chooses the mediums to express the artistic narrative they want, whether oils, watercolors, or pixels.

In the wide world of digital art, there are countless ways to create it. The use of computer-based technology is the one fundamental idea that drives it. Additionally, it may be divided into three primary groups: computer-generated visual media, digital photography & darkroom, and digital installation art using methods like projection mapping. There are many subcategories, and the artist can naturally mix any of them to develop their distinctive vision.

Now that we have reached a consensus on what it includes let’s explore the many digital art forms.

The phrase is used when an artist utilizes a digital camera to take the perfect picture that a conventional camera couldn’t. The images are converted to digital form and entered into a computer system. The digital photographer uses picture editing software and other effects to perform darkroom-like procedures. Digital photographers typically believe that only half the effort is made after the picture is taken. The Adobe Suite’s Lightroom is one of the most used tools for this editing task.

The term “mixed media” or “interdisciplinary art” is used to describe this in the context of digital art. This term’s initial intent was to describe the blending of several artistic mediums to produce superior outcomes. Compared to conventional media, the digital world has fewer restrictions. As a result, the artist has complete and entire control over the rendering of the work.

The fundamental component of contemporary digital art may be considered digital painting. It’s one of the digital art forms most frequently used in today’s technology age. The most well-known types of digital paintings are 2D and 3D. Professional digital painting art may be created using computers employing the vast and constantly expanding number of elements it requires. With the use of painting tools that mimic the aesthetics of natural media, 2D pictures are fully reproduced in the computer’s virtual world. May built 3D modeling and rendering tools on top of 2D works to sculpt in virtual space.

During the rise of computer editing, the terms “photoshopping” and “photo-painting” were also created. Digital photography and photo painting are two related practices. This procedure is not carried out manually. The artist uses tools and programs from editing software to add paint to the digital image after taking the best possible picture and viewing it on the computer.

2D and 3D computer graphics make up the digital art genre. Two-dimensional standards like texts and digital pictures are used to create 2D computer graphics. It transforms traditional artistic mediums into digital artwork that may use for animation, film, and television projects. 2D graphics are frequently derived from traditional graphics, including typography, cartography, scientific illustration, and advertisements.

On the other hand, 3D computer graphics produce three-dimensional animated figures like talking objects in an animated film or video game characters. As can be observed in TV ads and overall communications deployments, their use is expanding rapidly and surpasses creative techniques.

digital art fair EDAF.ART. What is it?

The European Digital Art Fair seeks to synchronize the presentation of modern digital art. The V-Art platform has constructed designed virtual galleries, which will be virtually and physically across Europe. It will be displayed digital art pieces by artists from 43 different European nations concurrently. The simultaneous online and offline components of EDAF’s hybrid format symbolize the multimodality of modern reality.