Ferenc Puskas: The Amazing Story of One of Soccer’s Greatest Strikers 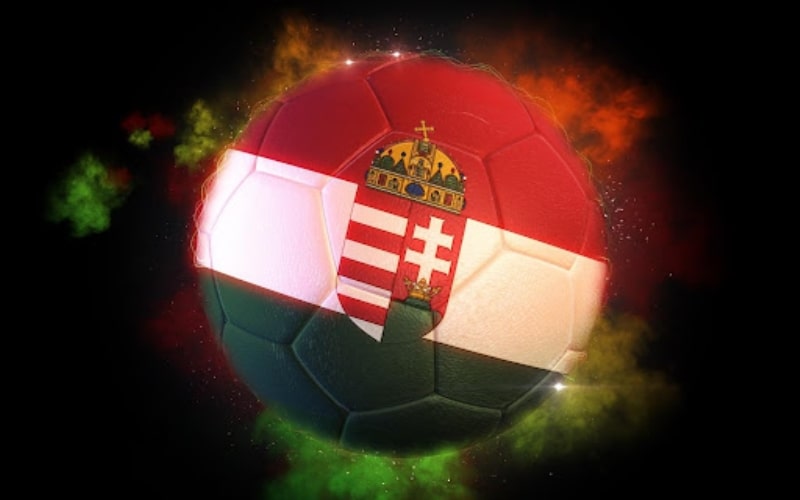 Since its invention, football has seen many great players who dominated the world during their prime, players that made people fall in love with the sport. While they eventually retire and a new star takes over, their career stories remain fresh in our memories forever.

One of such stars is the great Ferenc Puskás, one of the sport’s greatest goal scorers. A man that was so popular and dangerous on the pitch that even rival fans had no choice but to respect him.

During his prime years, the Hungarian legend was not just a wizard with the ball; he was also a superstar. His lifestyle and fame have been credited with drawing many fans to the sport.

The Story Of Ferenc Puskas: The Hungarian Goal Machine

Puskas is one of soccer’s greatest ever. Here is his story, from his success as a child to becoming one of the greatest footballers on the planet.

Ferenc Puskás was born on the 1st of April 1927 to a father who was a footballer. His father was the coach of the Kispest AC youth team, and after seeing the immense potential of his son, he lied about his age and recruited him into the youth team. Ferenc adapted quickly, and at 12, he bossed around players 3-4 years older than him.

Puskás quickly rose through the youth system, his ability to accurately hit the ball with his left foot caught the attention of many, and in no time, he was called up to the first team.

He made his professional debut at 16 and became a regular starter the following year. His goal-scoring prowess soon caught nationwide attention, and many began calling for his inclusion into the national team.

In 1945, he got his call up at just 18 years of age and barely two years after his professional debut. In his national team debut against Austria, he scored a great goal with Hungary winning the game by 5-2. His performance in that match was an announcement to the world; a legend had been born.

The next few seasons that followed his national team debut were simply glorious. International pundits had claimed that the young Hungarian striker would burn out and was merely a one-hit sensation, but Ferenc Puskás continually proved them wrong, averaging a goal per match for three seasons.

In 1947/48, one of his greatest ever seasons. Puskás scored 50 goals in 32 competitions earning his first European top scorer award. The following season, the authorities took control of Kispest AC. It was renamed Honved. The change in ownership was a big plus to the success of Puskás’s career as Honved became the Hungarian military team and used their authority to recruit the best players from all over the country. He ended his Kispest AC career with an impressive 187 goals in 177 appearances.

The Mighty Magyars, as they were famously called, was the Puskás-led Hungarian team that dominated football during the 1950s. Their stint at the 1952 Olympics was enough to establish them as football greats. It also led to Puskás winning his first World Player of the Year award.

In 1953, Puskás and his team took the fight to the home of football, England. But that was no challenge for the Hungarians as Puskás’ brace was vital in England’s 6-3 thrashing in Wembley. The English team suffered the same fate when they traveled to Budapest for the return fixture and were thrashed 7-1 by the Mighty Magyars, with Puskás scoring another brace. He won his second World Player of the Year that year.

The unbeaten Hungary team walked into the 1954 World Cup with their heads high; they were favorites after all. A 9-0 thrashing of South Korea in the opening match was proof that the world was right to be afraid of them. The team made it to the final against West Germany and was six minutes away from clinching the title before losing the lead. In the dying minutes of the game, Puskás rose to equalize, but the goal was ruled out for offside in a highly controversial decision. The Mighty Magyars lost their first match in four years and a chance to be called champions of the world.

At 31, many clubs fancied Puskás but feared his age. Spanish giants Real Madrid decided to sign the forward, and it became one of the club’s most significant decisions. The aging Puskás found immediate success and scored four hat tricks in his debut season for Real Madrid.

His partnership with Alfredo Di Stefano ensured that Real Madrid retained the European Cup in 1959. In the final against Eintracht Frankfurt, Puskás scored four goals and assisted Di Stefano’s three to crown one of football’s most incredible final performances.

He continued his onslaught into the following seasons, leaving his trophies and goals in his wake, and by the time he retired in 1966, he had scored 156 goals in 180 La Liga matches for Real Madrid, winning five La Liga trophies in the process.

He ventured into an unsuccessful coaching career and died in 2006. Ferenc Puskás age at death was 79.

Today, we have icons like Cristiano Ronaldo and Lionel Messi leading this generation of football. But long before they were even born, legends like Puskás dominated world football.

He is a striker the world can never forget and a blessing to football. As credence to his greatness, the Népstadion stadium in Budapest was renamed the Ferenc Puskás stadium. Also, the award for the best goal every calendar year is named the Puskás award. Such is the greatness of Hungary’s favorite son.