DIY Solar Panels for Your Truck 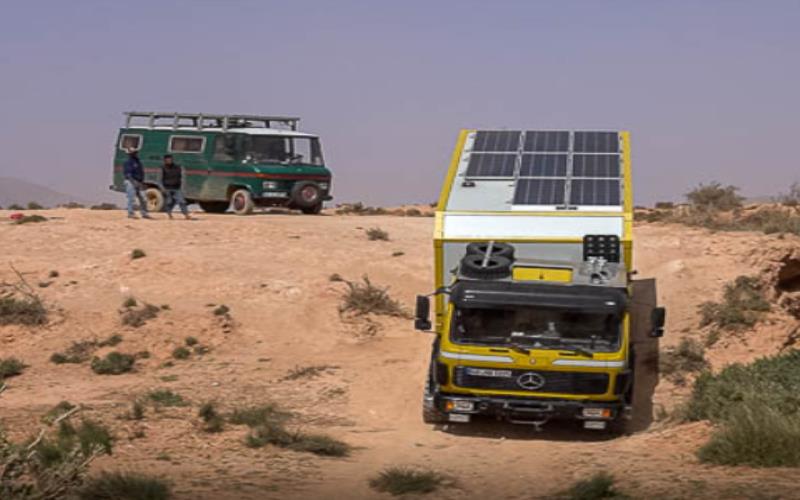 When planning the solar system, I worked with Renogy to develop more powerful modules in advance. The modules are a bit narrower and therefore fit perfectly on the roof of our living cabin.

Thanks to the new dimensions, 3 modules, each with 200W, fit on the small roof. In total, it turned out to be 1600W. Vents from the kitchen extractor hood and bathroom composting toilet are under the modules. Because of the wood stove, however, I have to leave out one module. Should we still miss a roof hatch later, there would even be some space for it here.

Four monocrystalline solar panels are connected in series as a string with a Renogy Smart Solar MPPT controller. One of the two oversized solar regulators could guarantee the system’s continued operation by connecting both solar strings in parallel. In the winter, even without a major reduction in yield.

This solar powered generator system is also redundant and quite reliable. Thanks to the series connection, the modules were connected very quickly. A small cable cross-section of 6mm² (TIP: solar cable cross-section calculator) is more than enough for the five-metre-long solar cable. The MPPT controller works more effectively thanks to the series connection, and the losses are somewhat lower if individual cells are partially shaded.

At the beginning of April in Portugal, we noticed that this plant’s design seems quite good – lots of rain and even more clouds ensure small yields. However, thanks to the battery capacity, we can bridge the bad weather phases well. When a halfway sunny day finally followed again, the PV system could quickly recharge the lithium RV batteries at full power. 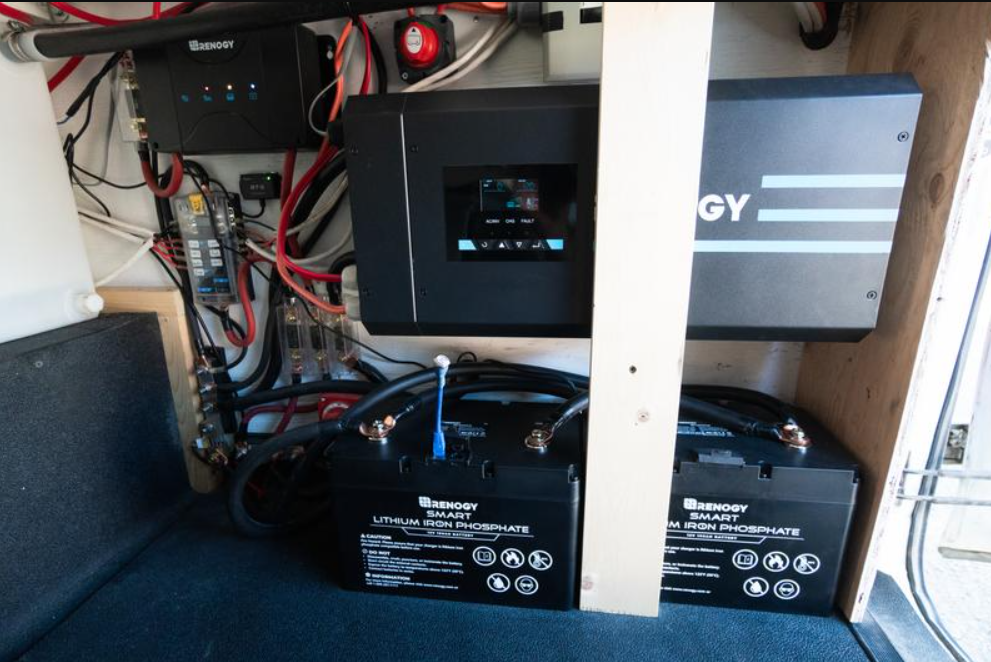 Since the peak performance of PV modules refers to 25°C and 1000W/m², it is not surprising that the actual performance can sometimes be higher – especially if the modules have previously been able to cool down due to rain or clouds. However, such values show that the system functions optimally even if the output drops back to a normal level a few minutes after the modules have been heated up.

A tip: PV modules with 300Wp and more are currently being mounted on the vehicles.

After consulting Renogy, I decided to use small 200Wp PV modules. These modules are significantly resistant to vibrations on washboard slopes, mechanical stress from trees, snow loads or roof avalanches (which happened to me).

A cut-off relay is sufficient for a Euro 0 engine with an unregulated alternator. Thanks to the 24-volt voltage in the onboard AND starter battery, there is no need to convert the voltage, which is why I don’t use a charging converter. That saves weight and money and cannot break. The isolating relay is usually separated from the starter battery by a fuse. This protects my alternator, and the lithium batteries are not unnecessarily charged with expensive diesel.

Nevertheless, I can charge the starter batteries via the living room batteries or even give myself a jump start if I have left the light on again.

The living cabin has a 24V circuit to the front and rear. Each of these is secured with a fuse. There is also 1 light circuit, a circuit for the water pump and a line for the 24V boiler. That makes a total of 5 fuses for the 24V supply. Errors in the lines are only to be expected with external intervention, and therefore there is no need for unnecessarily complicated cabling where each LED lamp is approached individually.

Displays and a thousand switches

We’re not in the space station. We’re in a 30-year-old truck. For many, the play instinct prevails, and countless displays and switches are installed that nobody needs. What’s the point with 20 switches I can use to turn off each circuit individually? When I travel by car, I want to be able to use everything – right? If I want to store the vehicle, I switch off the main switch on the battery. Finished. 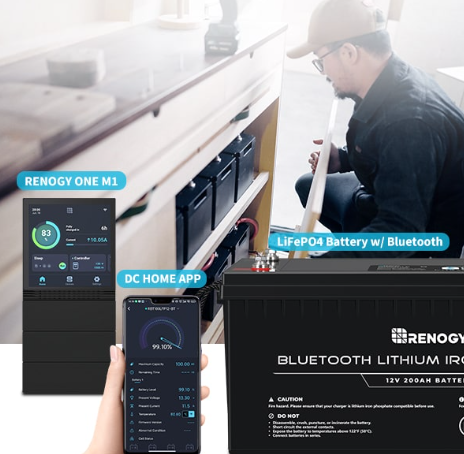 But I added a gimmick anyway. This was the only component I took from the old mobile home. The Venus GX is connected to all Renogy devices and the WiFi router. It logs all the data from the inverters, solar controllers and battery computers and, if there is the internet, also uploads it to the Renogy VRM portal, where I can access it from anywhere in the world.

Even if I wouldn’t buy the VENUS GX today because of the costs, it still has the nice advantage that I have all the data at a glance and can access it with any device in the WiFi network. Thanks to Venus GX, which has been logging the data in the Vario for a few years, I knew our annual electricity consumption, which greatly simplified the planning of the new system.

If possible, use battery power

Mobile phones, tablets and all flashlights are charged via USB. For this, I used 24/12V USB built-in sockets, which, thanks to Quick Charge 3.0, also support the fast charging of most current tablets and smartphones.

Laptops are supplied via corresponding notebook power packs. Most of our office power supply is housed under the cantilever table.