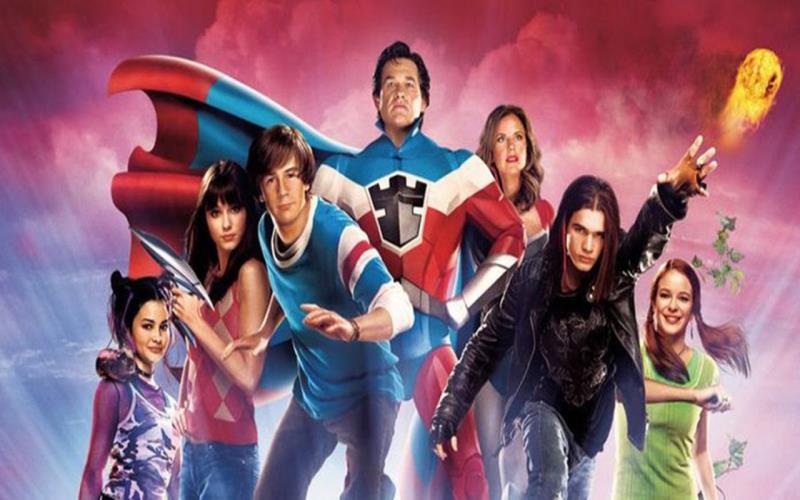 Superhero movies can become a good ally to entertain your children and spend time with them. The famous superheroes who star in movies fight against their enemies to save the Earth from evil. And so, these characters end up becoming children’s favorites. In this article, we share a list of superhero movies. Check them below.

This film tells the life of a teenage student who, after being bitten by a spider, acquires superpowers. And because of his intrinsic goodness, he uses them to help those most in need and not to be rich or famous. The young man seeks to responsibly serve all people on earth.

If children or teenagers had to choose between the most notable superheroes, one of them would be Spiderman. After losing his uncle, Peter (the character’s real name) realizes that he has to use his powers to help people. The value of justice and kindness are the two most outstanding principles of this story and you can enjoy it with your children and family.

A baby arrives on earth from the planet Krypton. The Kent family takes him in, adopts him, and raises him. But Clark Kent (which is his Earth identity) is aware of his superpowers and chooses to use them to accomplish good for all people on Earth.

Superman is one of the most famous comic book superheroes and many adaptations of this story have been made on the big screen. He is also known as the man of steel, due to his extreme strength and toughness.

There are several Captain America movies, but the first one starts in World War II, in 1942. Steve Rogers, a frail boy from a poor family, enlists in the army but is rejected due to his physical appearance.

Finally, General Chester Phillips allows him to participate in an experiment called “Operation Rebirth” and he is administered a serum that turns him into a true superman: Captain America.

The Avengers are a team of superheroes from the Marvel Universe, made up of Iron Man, Captain America, Hulk, Thor, Hawkeye, and Black Widow.

When an enemy threatens to endanger the world, Nick Fury, the director of the peacekeeping agency SHIELD, decides to recruit a team of specialists in the field. All of them, together, fight against threats and save the world.

Batman is a crime-fighting superhero, but he doesn’t have any superpowers.

His true identity is Bruce Wayne, a billionaire businessman who loses his family at a young age. Having witnessed the murder of his parents, he decides to train physically and intellectually to fight crime in Gotham City. Without a doubt, an example of resilience that deserves to be shared with the little ones.

This collection of superhero movies for children can be a very useful resource when we organize an afternoon of movies and popcorn.

These characters, in addition to being entertaining, transmit to children the value of solidarity and brotherhood. You can also search on collectibles stores near me and check out the famous superhero comic books collection.

If you and your children have not seen some of these movies, hire a private cinema and watch them as soon as possible! You will spend a very entertaining afternoon or night.

SSR Movies contains all the Hindi and foreign movies in dubbed form.